We are here to help.

Skin Care and Cosmeceuticals for Anti-aging

After a proper analysis reveals areas of dry, oily, or aging skin, we can provide the appropriate correction for each skin type in a cosmetic base containing the exfoliants, emollients, and micronutrients necessary for cellular repair.

Antioxidants such as Alpha Lipoic Acid (ALA) and Ascorbyl Palmitate (Vitamin C Ester) are vital to the energy production of skin cells and formation of collagen. Alpha Lipoic Acid promotes optimum efficiency for production of energy and removal of intracellular waste products, essential for cellular healing and elimination of wrinkles and facial scars. Ascorbyl Palmitate also inhibits the body’s production of inflammatory arachidonic acid, which plays a role in the development of psoriasis and the micro-scarring that leads to the formation of wrinkles. Molecular biologist Olga Marko, Ph.D., found that Ascorbyl Palmitate stimulates the growth of fibroblasts which help to produce collagen and elastin in human skin. Studies have shown that antioxidants can be delivered percutaneously to directly supplement the skin’s antioxidant reservoir. Oral supplementation has not been successful in raising levels of antioxidants in the skin.

Retinol assists in the rejuvenation process that leads to a more youthful appearance and provides the same benefits to skin as retinoic acid, but in a more gradual, gentle manner. Retinol works with Alpha Lipoic Acid to provide maximum benefits, effectively and gently. Alpha and beta hydroxyl acids may be used to exfoliate the skin, increase cell turnover, and reduce fine wrinkles and mottled pigmentation.

Amino acids such as DMAE (2-dimethylaminoethanol; deanol) tone and add firmness to the skin, prevent age spots, and aid in healing the micro-scarring which causes wrinkles. The benefits of DMAE include a potential anti-inflammatory effect with possible improvement in underlying facial muscle tone. In a randomized clinical study, 3% DMAE facial gel applied daily for 16 weeks was shown to be safe and efficacious in the mitigation of forehead lines and periorbital fine wrinkles, and in improving lip shape and fullness and the overall appearance of aging skin. These effects did not regress during a 2-week cessation of application. Long-term application of DMAE gel for up to 1 year was associated with a good safety profile.
Am J Clin Dermatol. 2005;6(1):39-47

Compounding pharmacists continue to develop new bases to improve both the aesthetic and therapeutic aspects of compounded medications. For example, anhydrous gels deliver medications which facilitate rapid absorption of the active ingredient into the skin and prolonged retention of the drug in the stratum corneum and epidermis, with minimal systemic transport of active drug. These cosmetically appealing gels are very stable and well accepted by patients.

Chemical peelings with kojic acid, glycolic acid, and trichloroacetic acid (TCA), alone or in combination, are available for treatment of hyperpigmentations. Research has concluded that dermatologists should have a choice of formulations to satisfy individual patient needs.

We can compound sunscreen formulations with low-allergenicity UVB protectors in combination with chemicals such as oxybenzone that extend protection to UVA wavelengths. For broad spectrum coverage that blocks or reflects UVA and UVB, physical sunscreens containing titanium dioxide or zinc oxide may be preferable. When vitamin C or a combination of vitamin C and E is formulated with a commercial UVA sunscreen (oxybenzone), an apparently greater than additive protection is noted against the phototoxic damage.

Increases or decreases in skin pigmentation can be due to many conditions (such as acne, pregnancy, cirrhosis, chronic renal failure, celiac disease) or use of medication. Most types of skin discoloration are harmless from a medical viewpoint, but they may be cosmetically unacceptable. The goal of therapy in hyperpigmentation disorders is to lighten the skin so it blends into the surrounding normal skin. Most preparations that are used to lighten the skin contain the drug hydroquinone. Other commonly used medications include azelaic acid, glycolic acid, hydrocortisone, kojic acid, and tretinoin. Our compounding pharmacy can prepare customized dermatologics to meet each person’s specific needs. It may take three to six months of therapy before improvements in pigmentation are noticed. These preparations may increase sensitivity to the sun, so ask our pharmacist about an effective sunscreen.

Cellulite describes dimpling of skin, caused by the protrusion of subcutaneous fat into the dermis. “Cellulite is hereditary, so much so that the indications of who will get it, and to what degree, are present almost from birth,” noted dermatologist Amy Newburger, MD, director of Dermatology Consultants of Westchester in Scarsdale, N.Y. Newburger says that creams and lotions whose key ingredient is a methylxanthine such as caffeine may be beneficial. “Caffeine creams work great to pull fluids out of the spaces between cells and induce lipolysis – fat burning in the layer just below the skin’s surface.” Newburger says a good delivery system to drive the creams into the cells, like liposome technology, is also important.

Caffeine is effective in reducing the appearance of cellulite, improving micro circulation, and strengthening skin tone and firmness. Researchers have found that caffeine creams reduce fat cells in skin, with visible results in about eight weeks. In a double-blind, single-center, placebo-controlled study, a liposome-encapsulated caffeine-based cream was found to significantly reduce the thickness of the adipose tissue in all areas of the body. In addition, the more concentrated cream was significantly more effective than the less concentrated cream in the areas of the hips and the triceps.
Dermatol Surg. 1999 Jun;25(6):455-62

Gotu Kola (Centella Asiatica) has a long history as a traditional medicine for improving skin tone and firmness. Studies show that Gotu Kola can reduce the appearance of cellulite by preventing and reversing the formation of fibrous connective structures that “trap” fat. Grape Seed extract is well known for its antioxidant properties and has been shown to improve circulation, strengthen connective tissues, and reduce the effects of aging on the skin. It also inhibits the enlargement of fat cells and the accumulation of fat tissues, thus improving the appearance of cellulite.

It is very important that preparations are massaged into the skin. Hygroscopic moisturizers are also recommended. 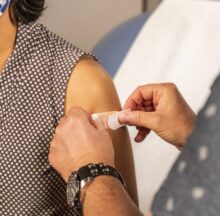 Different Types of Flu Vaccines: Which One is Right for You?

Flu (influenza) season is quickly approaching in the United States. 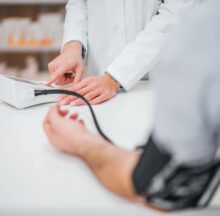 At Community Pharmacy, our mission is to provide patients with the highest quality pharmaceutical care and service. As... 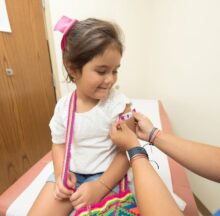 Student Vaccine Requirements in Texas: What You Need to Know

With school on the horizon, it’s important for students and parents to stay up to date on the... 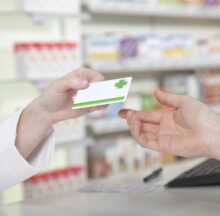 How do Prescription Discount Cards Work? An Honest Look

It’s no secret: prescription drugs are expensive. According to the U.S. Bureau of Labor Statistics, prescription prices in... 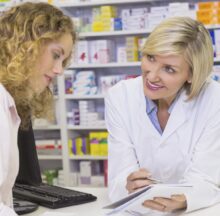 How to Become a Pharmacist: The Ultimate Guide

The history of pharmacists stretches as far back as 2,400 BCE, when prescriptions... 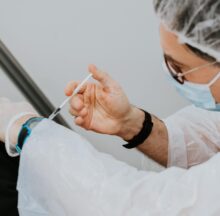 How to Receive a COVID-19 Vaccine: Community Pharmacy

On March 29 Texas made COVID-19 vaccines available to all individuals aged 16 and older (Pfizer vaccine) and... 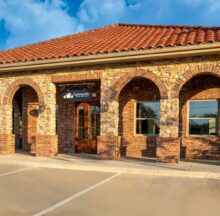 Independent Pharmacy vs. Chain Pharmacy: What are the Differences?

On average, patients visit the pharmacy twenty times per year, as opposed to... 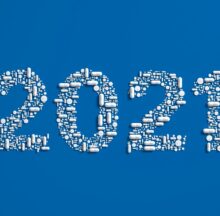 Health Insurance Changes in 2021: What You Need to Know

The healthcare market experienced a dramatic shift in 2020, with uncertainty at an all-time high due to the COVID-19... 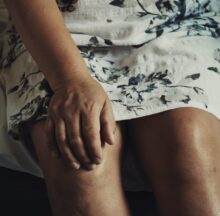 Options for Osteoporosis: Is Customized Hormone Replacement Therapy Right for You?

If you suffer from Osteoporosis, Customized Hormone Replacement Therapy (HRT) may be able to help. Keep reading to find out... 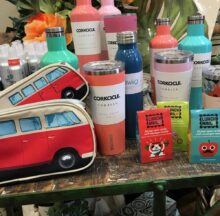 Stop by the pharmacy and see what we have for back to school. From pencil cases to thermal lunch cases,...

Any medical or health advice provided and hosted on this site will only be given by medically trained and qualified professionals unless a clear statement is made that the advice offered is from a non-medically qualified individual or organization. Where appropriate, information contained on this site will be supported by clear references to source data and, where possible, have specific HTML links to that data. The contention is intended for informational purposes only and is not intended to treat or diagnose any particular disease or person. All information, articles, instruction and advice on this website is designed to help you make informed decisions about your health. In no way should any information thereby obtained at this site be used as a substitute for your doctor’s advice or treatment.

Design by The Artist Evolution